Areas where energy efficiency can be improved or optimized 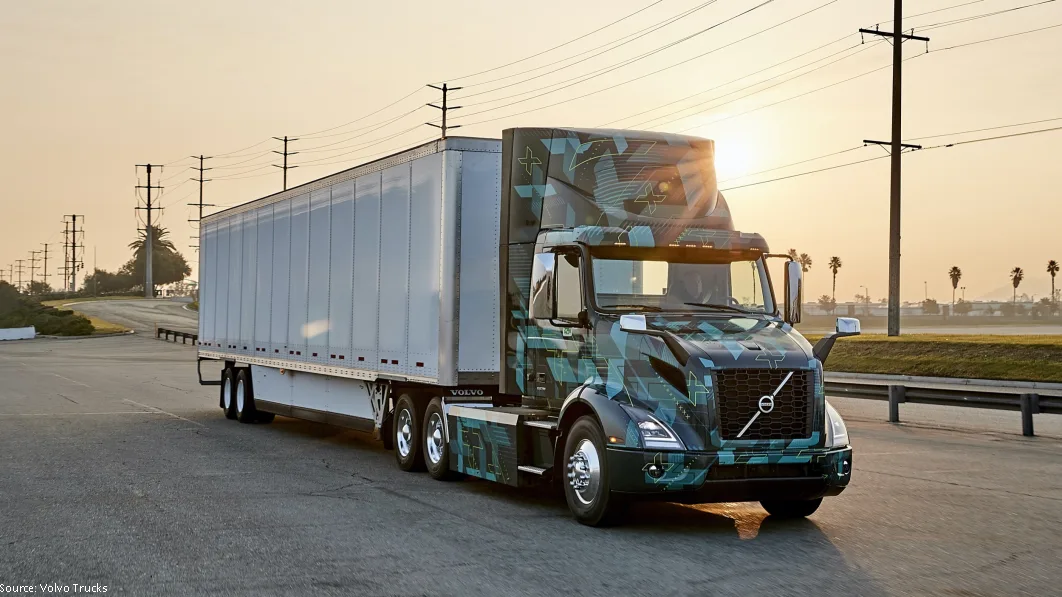 Electrics Vehicles especially cars are becoming common in recent times. Inspired by Tesla’s success, a lot of new start-ups are coming up everywhere. It’s just not the cars, but also heavy-duty trucks, material handling, boat and construction and agricultural machines. Although the range anxiety is still quite visible among the OEMs. One of the main reasons for the persisting range anxiety lies in the fact that in the last few years the battery technology doesn’t have any path-breaking innovation to provide a significant range improvement given the fixed size of the battery pack. Therefore, finding a way to improve energy efficiency instead could be the way to improve the existing range for BEV trucks. Some of the elements behind improving energy efficiency for BEV trucks are the same as Diesel trucks but some of them are unique. Here are some relevant contributors -

Aerodynamics plays an important role in energy consumption due to drag. The figure below by STEMCO shows how the combination of tractor and trailer contributes to the overall energy efficiency of a heavy-duty truck.

There are ongoing efforts to minimize the effect of drag on trucks by redesigning external long nosy cabs into something that a Tesla Semi is offering. See below a report published by Airshaper which shows that Tesla’s semi design may be benefitting from reduced air drag in comparison to its competitors.

The technologies like Sinha Deturbulator would also be worth the mention.

Axial flux motors are still not visible to many. Electric motors or machines especially permanent magnet synchronous motors (PMSM) are highly efficient when controlled properly. Axial flux motors are a type of PMSM motor that offer even more efficiency and packaging benefits compared to radial flux motors. Auxiliaries that run all the time irrespective of the movement of the truck itself, would certainly benefit from using axial flux technology. Yasa, an axial flux motor manufacturer, demonstrated the benefits below -

Here is a good PhD theis if you would like to know more about axial flux motor design. If you dont want to get into too much technical details, this article would be for you (Requires IEEE membership to view).

As mentioned earlier, axial flux technology is yet to earn trust globally, but based on the fact available from early adopters and manufacturers, it could play an important role in EV’s overall energy efficiency, especially for heavy-duty trucks where there are several auxiliaries are used.

This is the most important aspect of energy optimization that has a good scope for improvement. Today, the braking energy must go wasted if not going back to the energy storage system (ESS). If we analyze the US highway overall topography for usual truck routes, it is evident that in some cases the truck has to go downhill continuously for more than hundreds of miles (based on the map shared by a Reddit user). For battery electric trucks, ESS would not be able to take all the braking energy back in those routes and must find another way to recuperate.

As of today, OEMs are mostly using brake resistor to discard the extra braking energy as heat. Note that, even after careful sizing, a brake resistor often needs an elaborate cooling system which sometimes causes a packaging nightmare. In addition, brake resistor may expand the lifespan of the service brakes but does not contribute to the energy efficiency.

Although there is work in progress for improving aerodynamics and rolling resistance, there are a lot of attention is needed for other contributors like recuperation of braking energy and using axial flux motor technologies. Here is another fun fact based on Tesla Semi’s 500-mile run in late 2022. As shown in the image below, it recovered about 16% battery energy to come back to an elevation of 1000 ft from 4136 ft where it utilized 28% of battery energy to climb the same height. Yes, there are some assumptions in these numbers, but there might be an opportunity hiding to improve the recuperation beyond 16%. In addition, based on my calculation below (table), only 49% of the total potential energy were recovered.